The manpage says = and z0 are supposed to zoom the document to the original size, but this doesn't happen, it actually zooms more than 100%. For example, I downloaded this image and made it into a tar archive so that it could be opened with zathura, and when I open it and press = or z0, this is how it looks in juxtaposition to the original image: 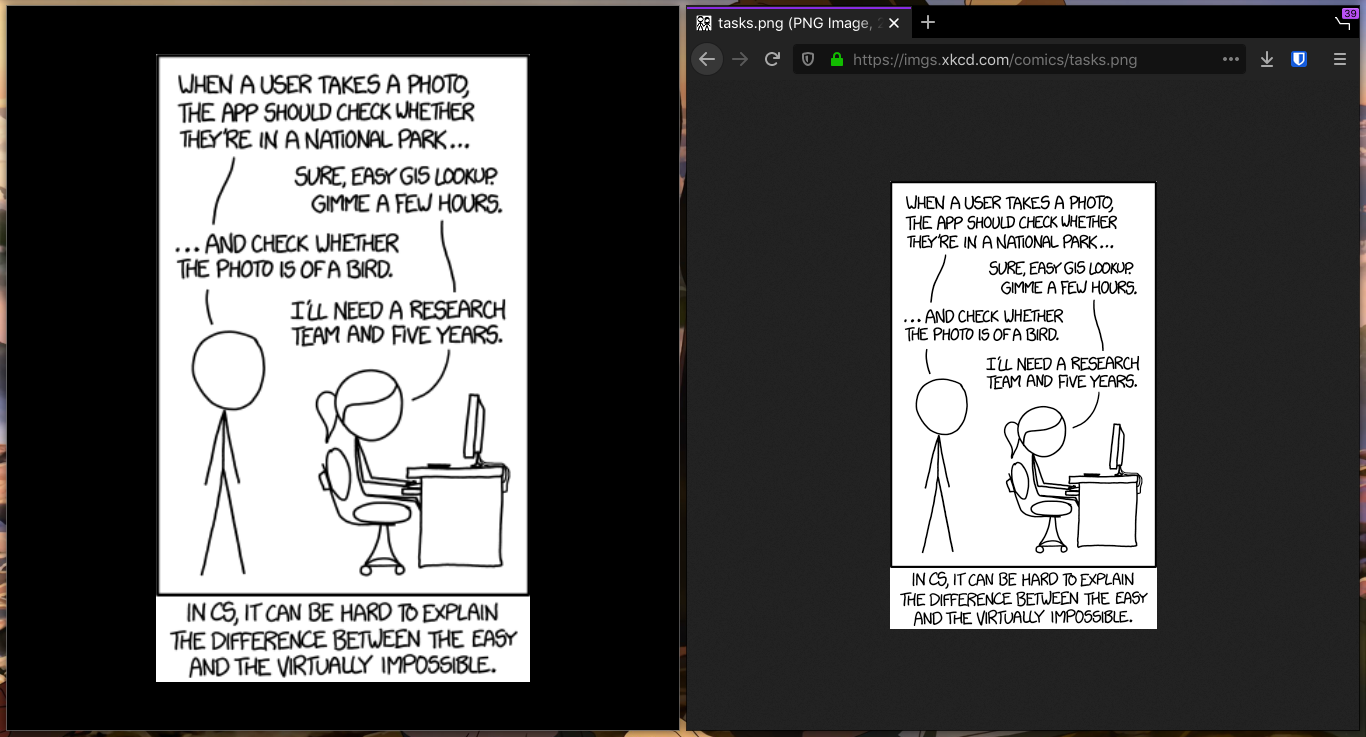 As you can see, zathura zooms in much more than the image's actual size, and it looks really bad (unlike the crisp original-size image on the right)

This is even more problematic because I'm unable to reach that exact original size using the zoom in and zoom out keybinds - it's always either bigger or smaller. I really like zathura, especially the feature where you can directly scroll into the next page as if it were connected to the current one, but this zoom issue makes zathura practically unusable for archives where the images resolutions aren't great. I'm not sure what other information I need to provide, but I'm using zathura on arch linux with bspwm.